ONE OF THE MOST MAGICAL PLACES ON EARTH!

A ONCE IN A LIFETIME OPPORTUNITY

ITINERARY AT A GLANCE

Arrive in Terrace prior to Day 1 to prepare for an early morning departure. This itinerary is a sample only – the exact itinerary of your trip will be dictated by factors such as weather, tides, and group interest, with the crew working within the parameters of safety, time, and the highlights of the area.

Day 1 – L/D (September 29)
Early morning you will be picked up by van at approximately 0715 at the Best Western Hotel in Terrace and driven to the marina in Kitimat (approximately 45 minutes).
After settling in on the Afterglow I and our safety orientation, we will head out to start exploring some of the best wildlife viewing areas.

Days 2 to 7 – B/L/D (September 30-Oct 5)
These days are spent exploring the Great Bear Rainforest and enjoying the splendor of the surrounding area.
Opportunities for wildlife viewing and photography will occur on each day; however, please be aware that the weather conditions and the location of wildlife will dictate the frequency of such activities. We will utilize viewing platforms as well as explore salmon creeks and rivers to try and see the spirit bear and the coastal grizzly bear. The fall is a time of plenty and marine mammals such as humpback whales can be a common sight. The Afterglow I will be utilized as a base for sleeping and eating.

Day 8 – B (October 6)
After breakfast you will be picked up by the van and driven back to the Terrace airport. 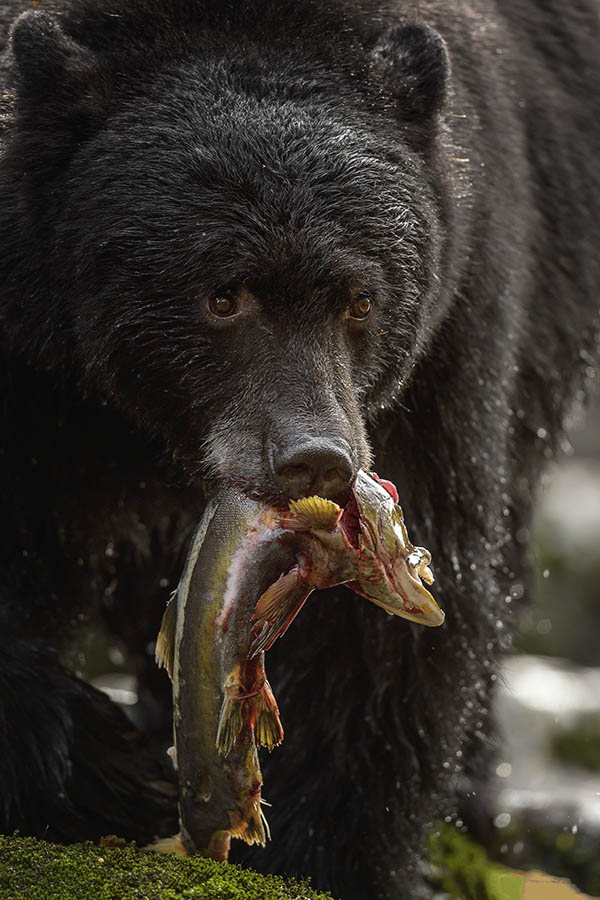 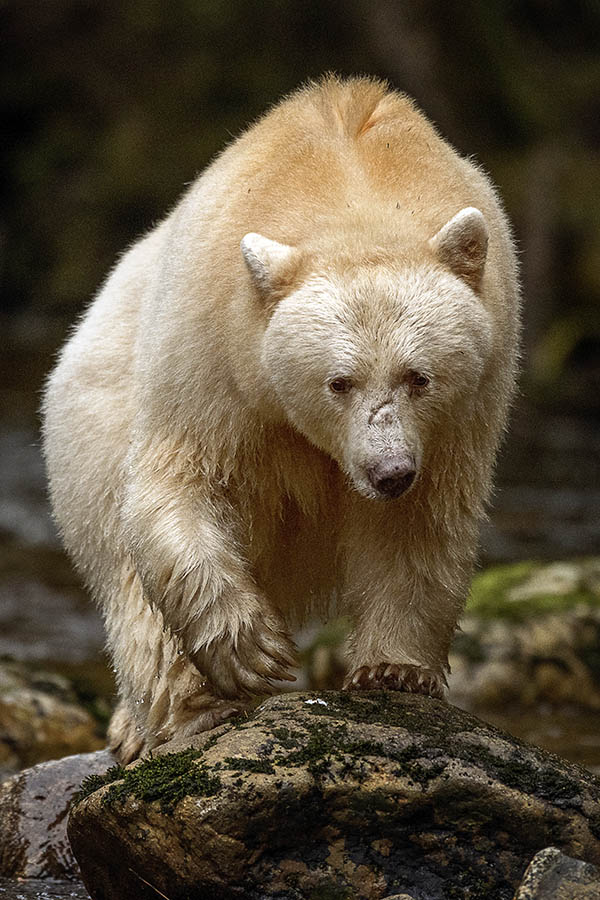 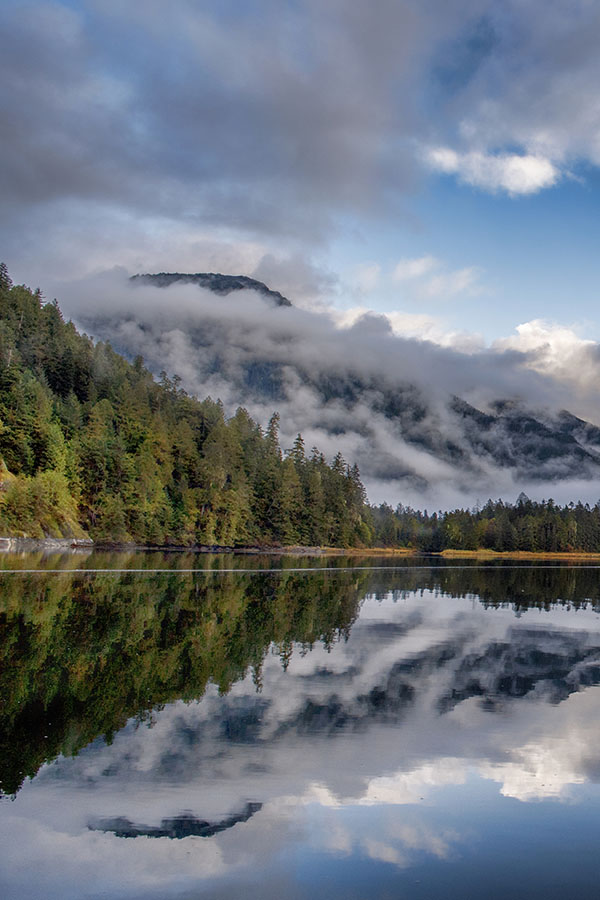 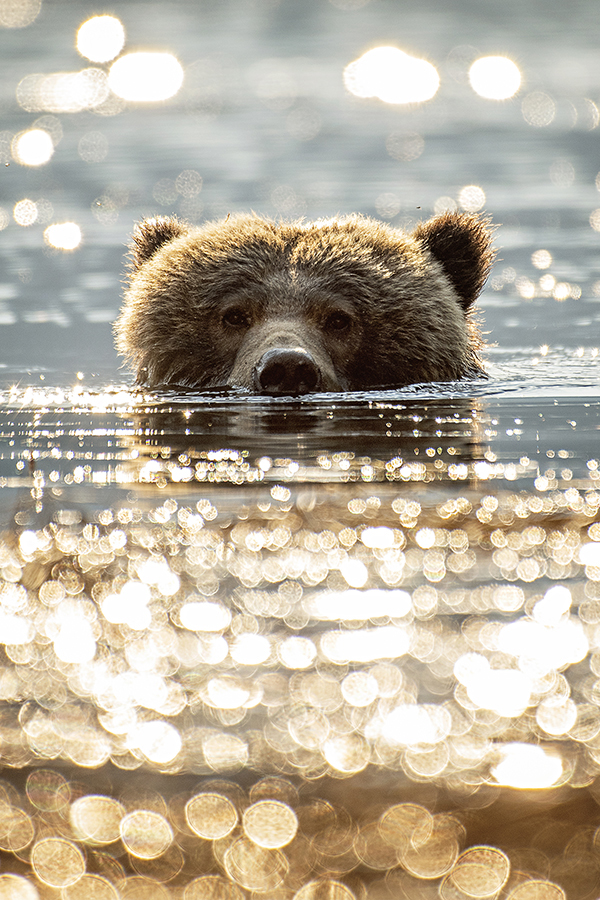 Use of all gear available on board

All FN protocol fees, return transport between Terrace and Kitimat, BC.

Gratuities for the crew (optional and/or discretionary, but always appreciated!)

Transportation between your home and trip start and endpoint (Terrace, B.C)

Personal belongings and equipment as per “Clothing & Equipment List”

Accommodation in Terrace on the night prior to the trip

ABOUT THE GREAT BEAR RAINFOREST 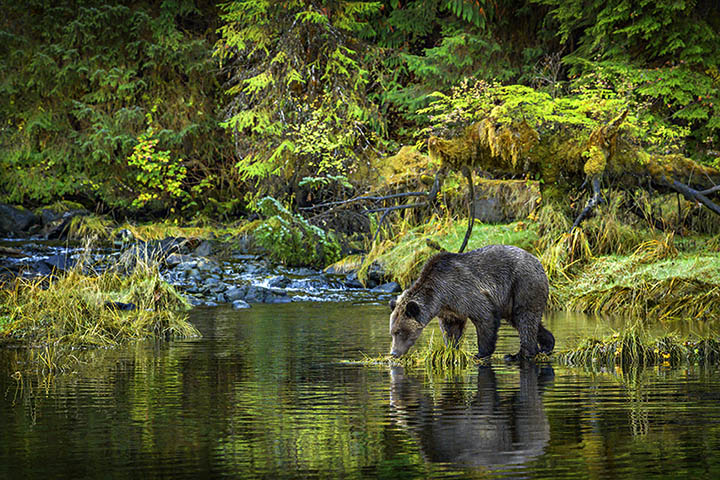 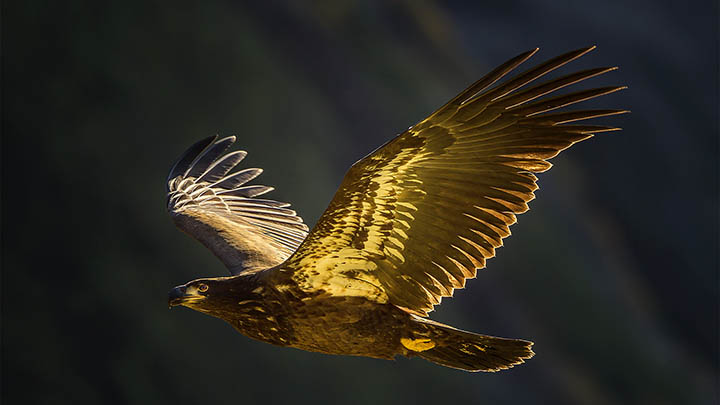 The Mid Coast of British Columbia from Rivers Inlet to the Skeena River is also known as the Great Bear Rainforest. This area is true wilderness and sees very few human visitors, making it an exciting adventure destination. Within the Great Bear Rainforest lie some of the world’s last pristine coastal rainforest: Old-growth hemlock and cedar forests; tidewater estuaries rich with grasses, roots and berries; cascading waterfalls and sparkling streams of spawning salmon. In the fall bears, wolves, and birds come to the streams and rivers to feed on the salmon.

What’s Involved?
This trip aboard the Afterglow I takes you to one of the world’s most spectacular coastlines. We will explore the inlets, bays and old-growth forest of the spectacular mid-coast of British Columbia, including the region that is the ancestral home of the rare white Spirit Bear. The surrounding mountains and rainforest offer spectacular scenery and diverse and abundant wildlife. We’ll cruise the inlets, walk the trails, and explore the creeks while searching for – and hopefully photographing – spirit bears, black bears, grizzly bears, American martens, river otters, eagles, coastal wolves, humpback whales, harbor seals and more!

The Spirit Bear is a rare, elusive colour variant of the North American black bear. The Tsimshian-speaking people of the north coast of British Columbia have shared its territory for thousands of years. Due to a double recessive gene, a small percentage of black bears in the area are all white. Because these bears mostly live on isolated islands, the gene continues to be replicated.

A Tshimshian myth says that “Raven made one in every 10 black bears white to remind the people of the time when glaciers covered this land”.

The Spirit Bears of the Great Bear Rainforest have had very little exposure to humans. As it can be difficult to locate these bears, we have undertaken numerous trips over the past two decades to get a better idea of their behaviour and distribution. Today, working in close conjunction with local First Nations, conservation groups and bear biologists, our guides take small groups of people into the area to search for, watch and hopefully photograph these exquisite yet elusive animals. To maximize our chances of seeing a Spirit Bear we will utilize viewing platforms in certain situations set up by the local First Nations. We will also explore estuaries and bays and watch the remarkable feat of spawning salmon.

The Great Bear Rainforest is also home to the magnificent Grizzly Bear. River estuaries that support spawning salmon are particularly good habitat for the grizzly bear. In the fall, the grizzlies congregate on the rivers and tidal estuaries to feast on the 4 species of pacific salmon that are returning to their natal streams. We will look for grizzlies and in doing so will see some of the most stunning scenery that the area has to offer.

Typically, at this time of year, humpback whales frequent the inlets and bays: we will watch and photograph these massive and amazing mammals when the opportunity presents itself. In the past 5 years the numbers of whales in the area has increased dramatically. We often get the chance to see whales up close, bubble-net feeding, lunge feeding and breaching.

This is a multi-faceted trip, focusing not just on the bears but also on the entire ecosystem in which they thrive. We will use the Afterglow I as a base and a motorized inflatable to transfer people between the boat and the shore. Three kayaks are on the Afterglow I for those wishing to enjoy the tranquility of paddling as we explore one of the last unlogged temperate rainforests in the world.

The photographic opportunities are amazing. This trip will give you access to some of the best bear viewing locations in the world! Participants should arrive in good physical and mental shape prepared for a flexible itinerary that may require strenuous physical activity, including hiking on uneven, wet and rugged terrain. Weather conditions can be variable and participants must be prepared for adverse weather including torrential rain and cold temperatures. Although conditions may be difficult at times, the rewards are great, as you become part of a small percentage of people who have explored the wonders of the Great Bear Rainforest. 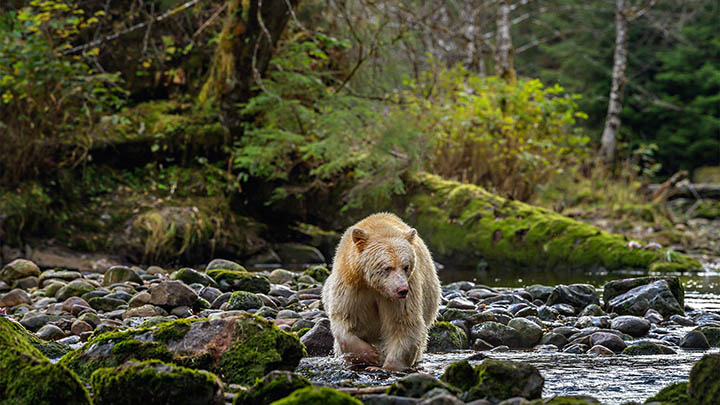 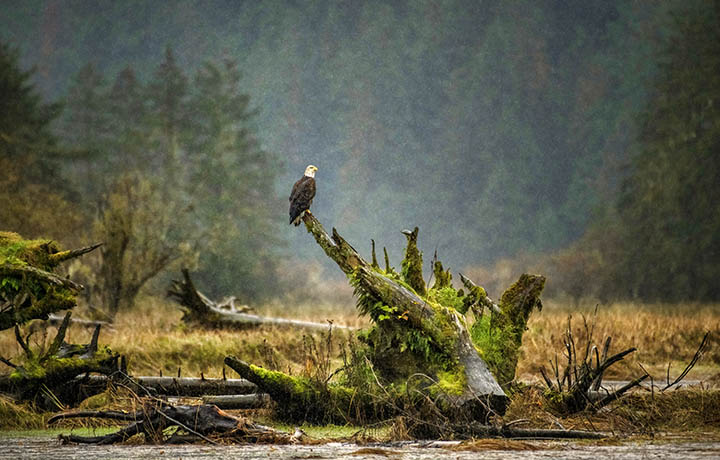 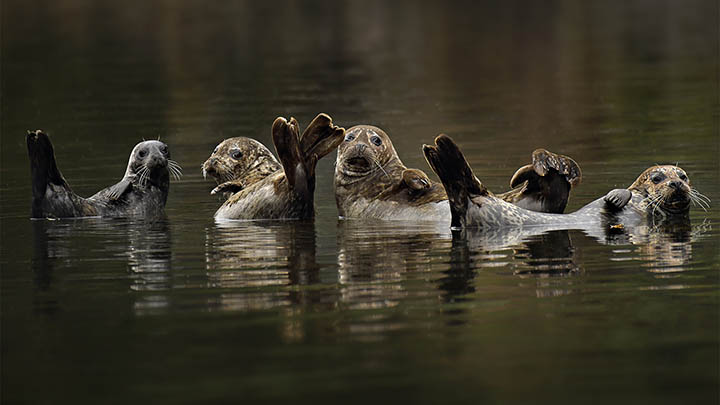 AT TIME OF BOOKING: $1000 CAD per person (payable to Ocean Light Adventures)
Final payment is due 90 DAYS PRIOR TO DEPARTURE